The Thin-Joint System enables the inner leaf to be built quickly to storey height without having to wait for the external brickwork to be built before further loading can be applied.

It also provides the robustness of solid masonry and is flexible enough to accommodate bespoke or individual design.

H+H Celcon thin joint blockwork is a fast, accurate, clean method of construction which uses aerated concrete blocks and special mortar. It enables walls to be built very quickly: because the mortar sets very quickly (in one to two hours) there is no need to wait the conventional 24 hours before further loading can be applied to the walls. The H+H Celcon Storey Height Element Systems will be common-place in the UK in the coming years, to meet our housing demand.

MFS as part of your design team

We consider every project on its own merits and offer to take Design Responsibility for the whole of the Structural Envelope from oversite and more importantly provide you with a Design Warranty. That way we are able to rationalise our approach and provide the client with the comfort of a ‘tried and tested’ solution with a single point of responsibility.

This is a question we are asked a lot, mainly because our main block supplier, Xella is a German manufacturer.

However, the you bear in mind that over 50% of ALL UK construction materials are imported anyway, any issues relating to BREXIT affect the whole industry. We of course factor in manufacture and delivery into our standard leads times and in our experience post-BREXIT the deliveries from the continent are proving to be much more reliable than domestic deliveries.

All our MFS i-Form Solution™ platforms and blocks are delivered on palettes by lorry. Like a flat-packed building or Lego set.

All we need is a tower crane to unload and place them into position on site. We then use our mini-cranes to manoeuvre the elements into position. So, essentially we need a lay-by to park in.

Which platforms does the i-Form Solution Employ?

We originally established the business to build the inner leaf of the superstructure from oversite right up to wall plate level and then pitch the roof structure, including the installation of the intermediate floors. However, as the building process becomes increasingly complex, we now find ourselves invariably undertaking the whole of the structural envelope, including the external leaf, managing and coordinating the scaffolding, installing any structural steelwork and PCC floor planks. We even supply the forklift and fit the soffit and fascia too.

How quickly can MFS erect the masonry frame?

Essentially, we can build a typical pair of semis from oversite to watertight in 10 working days; and depending on the scale of the project and the desired handover rate, we can complete a pair of units every five working days thereafter. After that, it is just a question of adjusting the resource levels.

How expensive is thin joint Construction?

In a recent study undertaken by Calford Seaden, it was concluded that the thin joint blockwork solution at Code Level 3 was 8% cheaper than either the equivalent timber frame or SIPS panel solution. We would further argue that when adopted as part of an integrated design solution, at Code Level 4 the savings or benefits are even greater when you factor in the elimination or reduction in renewable technologies.

What strength blocks are used for thin joint construction?

Thin joint blocks are manufactured in all of the standard aircrete block strengths 2.80 N/mm2 Solar, 3.60 N/mm2 Standard and 7.30 N/mm2 Hi Seven, together with a few 10.30 N/mm2 Hi Tens. The principal difference is the accuracy and format of blocks. We tend to specify the Jumbo Plus format, which is 610mm x 270mm and manufactured to high degree of accuracy +/- 1mm.

Can MFS meet the latest Code for Sustainable Homes?

Yes, thin joint blockwork is recognised as a Modern Method of Construction and is widely adopted to meet both Code Level 3 and Code Level 4 of the CfSH (Code for Sustainable Homes). It can also be adopted for PassivHaus construction; in fact it makes an ideal structure because of its thermal mass properties.

How does the MFS i-Form Solution™ compare to RC Frame?

We were asked to be part of a Cost / Benefit analysis conducted by a leading UK Developer & Main Contractor and two top London QS practices. They were tasked with evaluating and comparing various MMC solutions for post-Covid procurement and had targeted the MFS i-Form Solution™ to be part of the study, comparing it directly with a conventional RC Frame build.

A number of exercises were undertaken with both ‘real’ world and ‘simulation’ models. They concluded that the MFS i-Form Solution™ was both substantially quicker and at least 20% cheaper than RC Frame and Metsec infill and used less than 25% of the expected workforce. This was particularly pertinent for a Covid-secure construction site, where social distancing and maintaining productivity levels are continuing to prove extremely challenging.

In fact in one exercise, based on a real life 630-unit high rise apartment scheme, which was estimated should take c. 54-56 working weeks to complete; they had an average of 130 site based operatives on site for the duration of the structural build programme. They concluded that the MFS i-Form Solution™ would reduce that estimate to just 46 weeks, with typically only 25-30 operatives on site.

The study group was also impressed by the excellent fire, acoustic and environmental credentials of the system and are recommending the system to their procurement personnel and groups as a viable and cost effective MMC option for the future.

What is the lead time on your i-Form Solution™

Our design and manufacture lead times are comparable with industry norms and we normally require a 3-month sign off period. Once onsite we are proven to deliver the structural envelope twice as fast as an RC Frame construction.

Yes, we now consider every project on its own merits and offer to take Design Responsibility delivering fully BIM Compliant Designs for the whole of the Structural Envelope with Design Warranty. That way we are able to rationalise our approach and provide the client with the comfort of a ‘tried and tested’ solution with a single point of responsibility.

How do you address Disproportionate Collapse?

This has probably been our biggest single hurdle to overcome as it relevant from 4 stories +. So after much debate, we have engaged our own Structural Engineer to design a range of solutions that could be relatively simple when adopted to given situations.

How many storeys do you build?

This approach is ideal for ‘medium to high’ rise flats, apartments, care and extra care homes, retirement and student accommodation and is extremely cost effective from 3 storeys up to 10-12, with the ‘sweet spot’ on or around 5-8 storeys. In fact we can now go up to 15 storeys with your class 2B disproportionate collapse solution.

What thicknesses are the Silka elements manufactured in?

They are manufactured in a range of sizes to meet all different demands. We see the 150mm wide for external walls and the 214mm width for party and separating walls being the most common that we will specify and are confident these will satisfy a range of applications.

What size do the Silka elements come in?

The standard elements are 1000mm x 650mm and can weigh up to 240kg depending on the thickness hence the need for mechanical installation.

What is the Xella Silka composition?

Essentially the panels are manufactured from Calcium Silicate as opposed to Aircrete for our current ‘day to day’ Thin joint and achieves strengths in excess of 25 N/mm2 . This enables us to put an entirely different perspective on it and makes it appropriate for Medium to High rise where our standard 3.60 and 7.30 N/mm2 blockwork can’t cope.

How does this differ from normal thin joint block work ?

Well, I best describe this as an ‘adult version’ of our Thin Bed block system. It has all of the same qualities which means our labour can easily transfer but it comes in an even larger format that has to be installed with a mini crane. 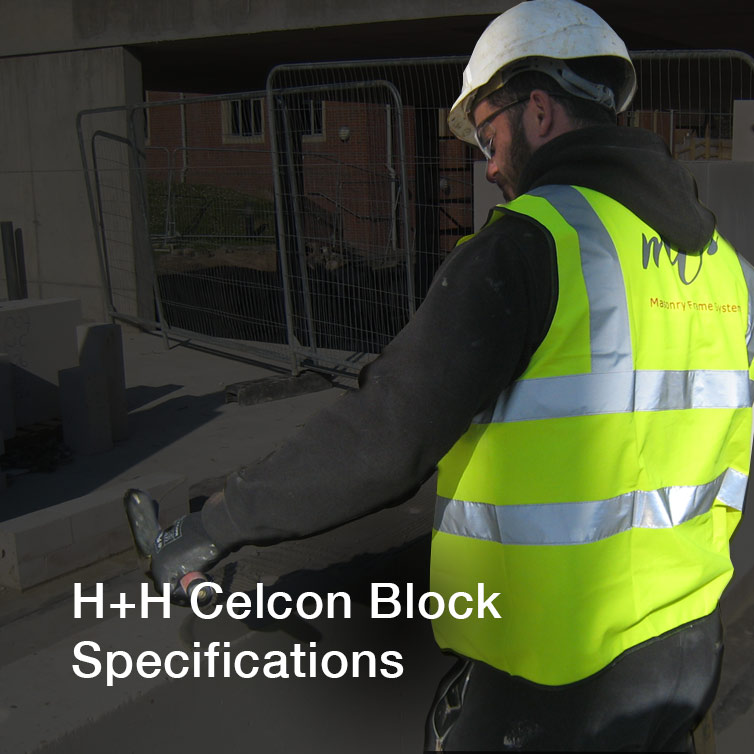 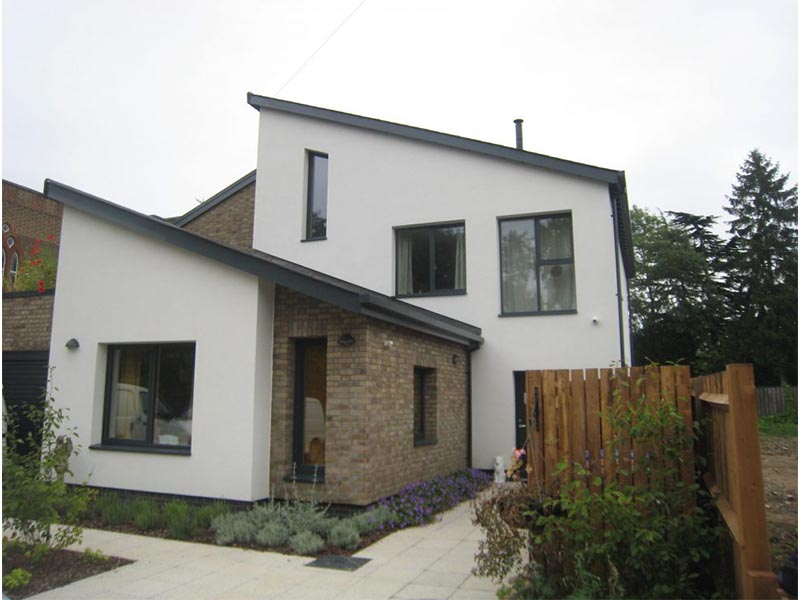 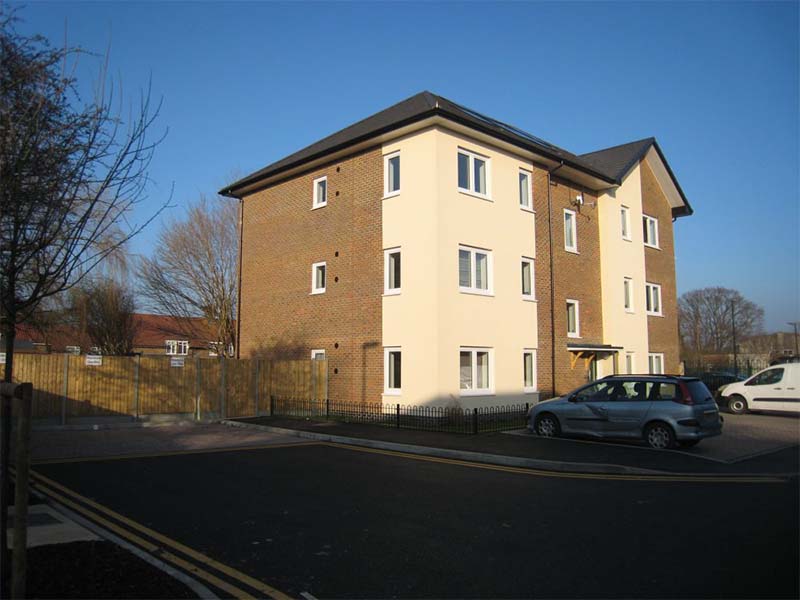 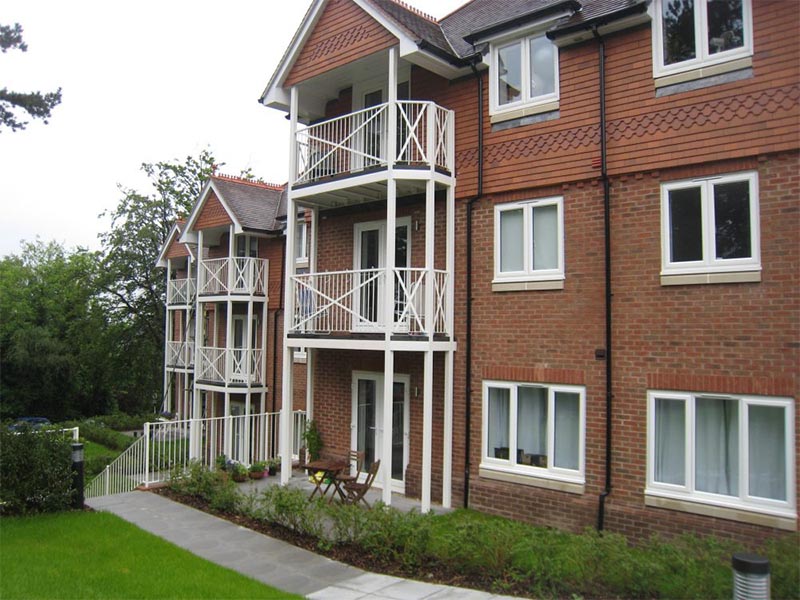 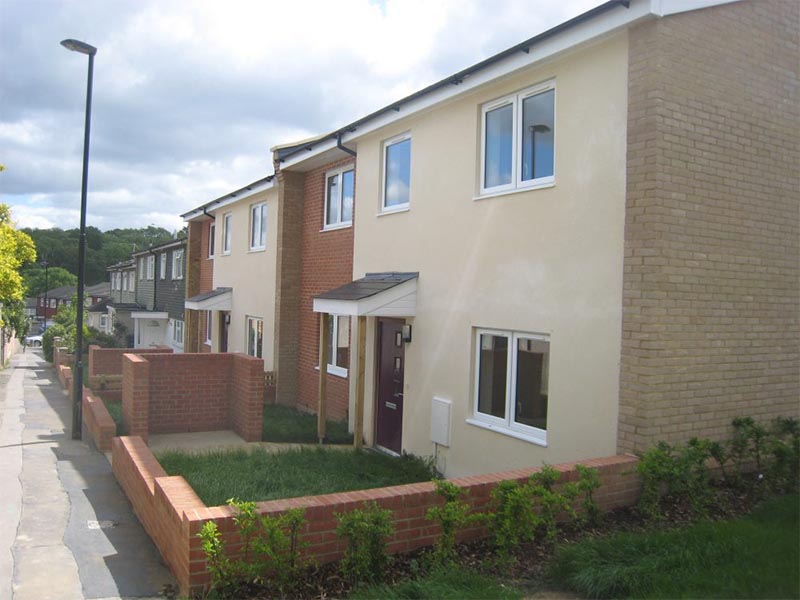 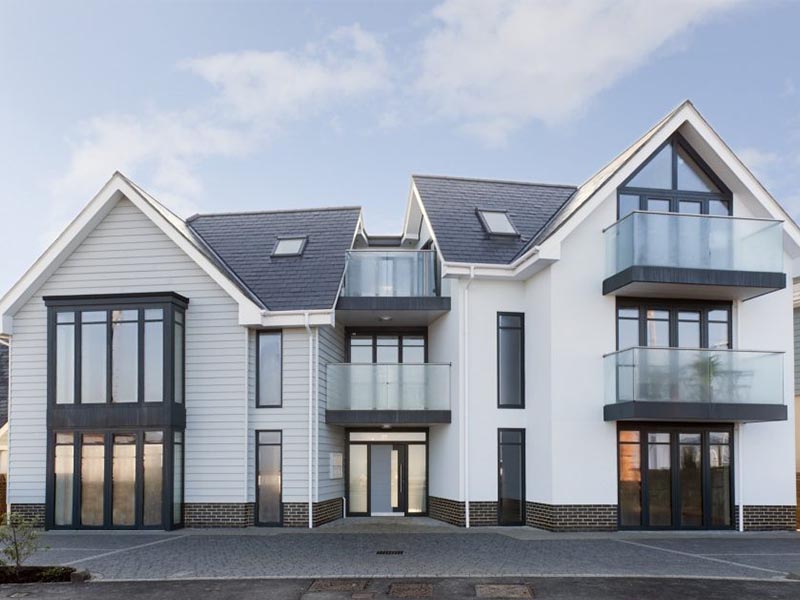 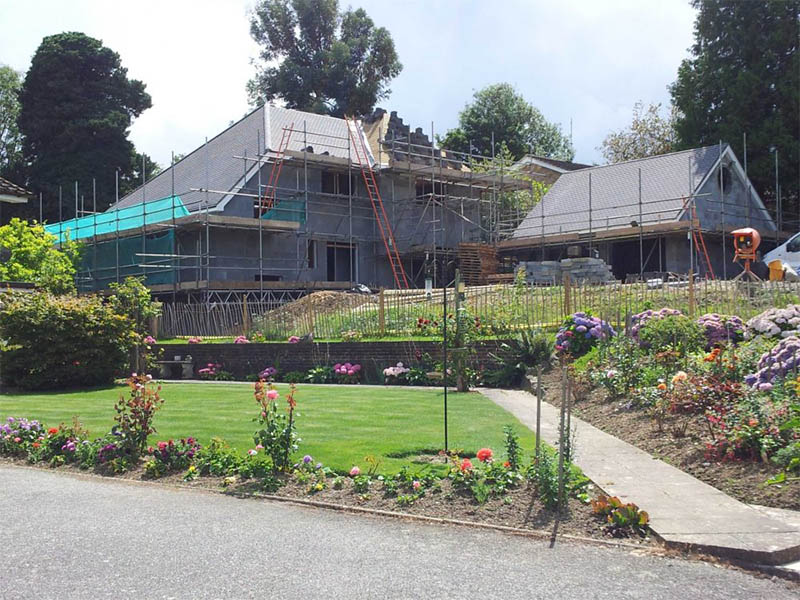 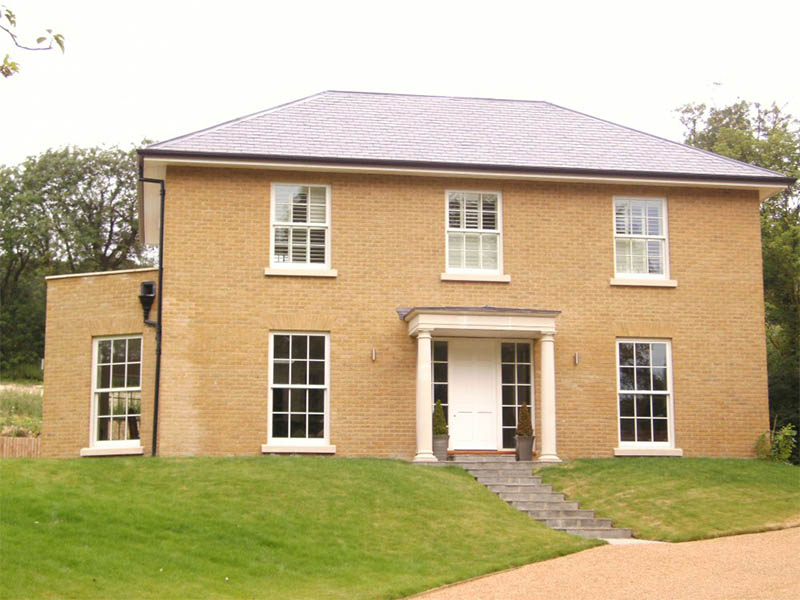 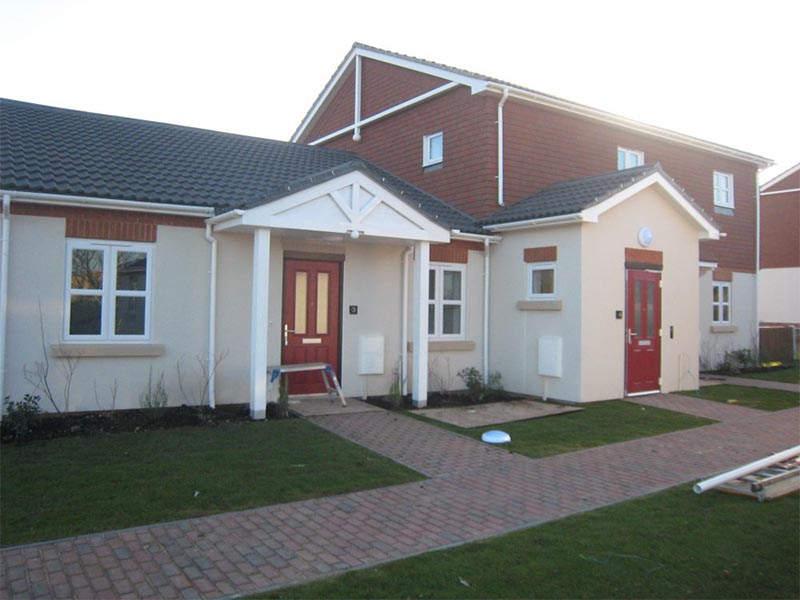 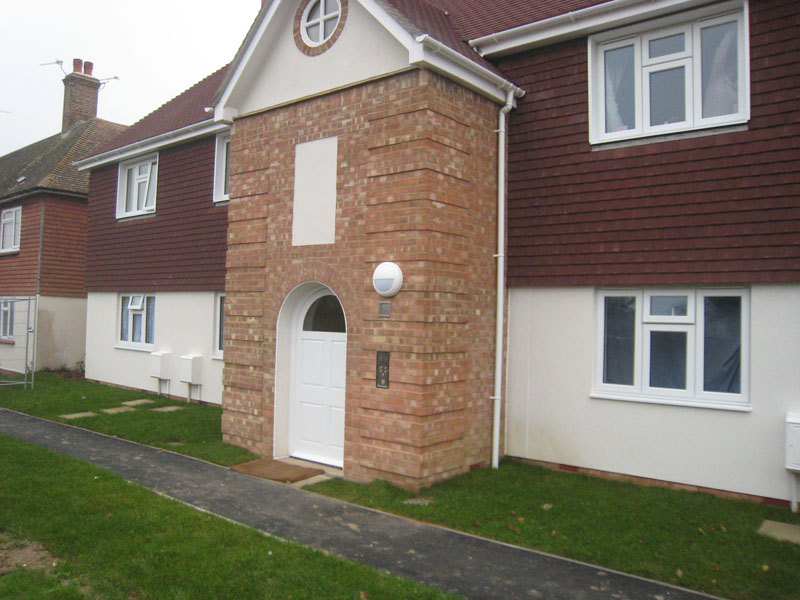 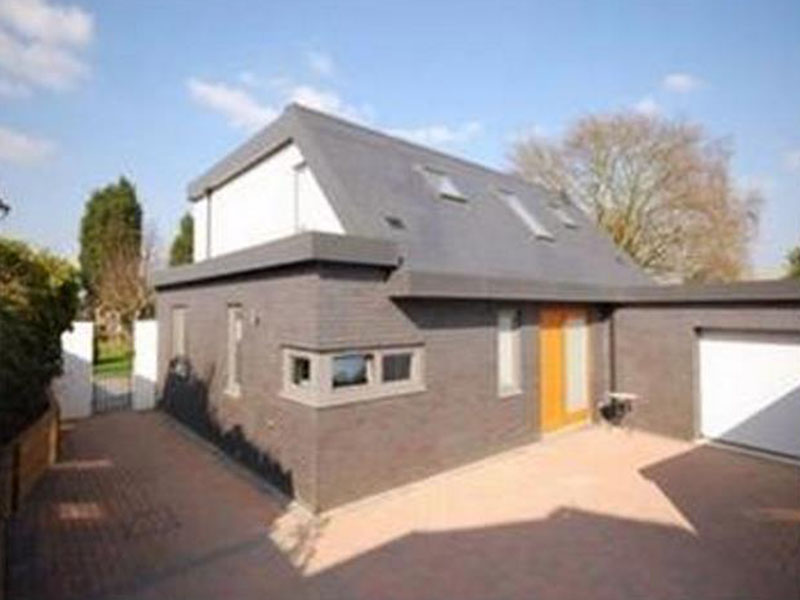 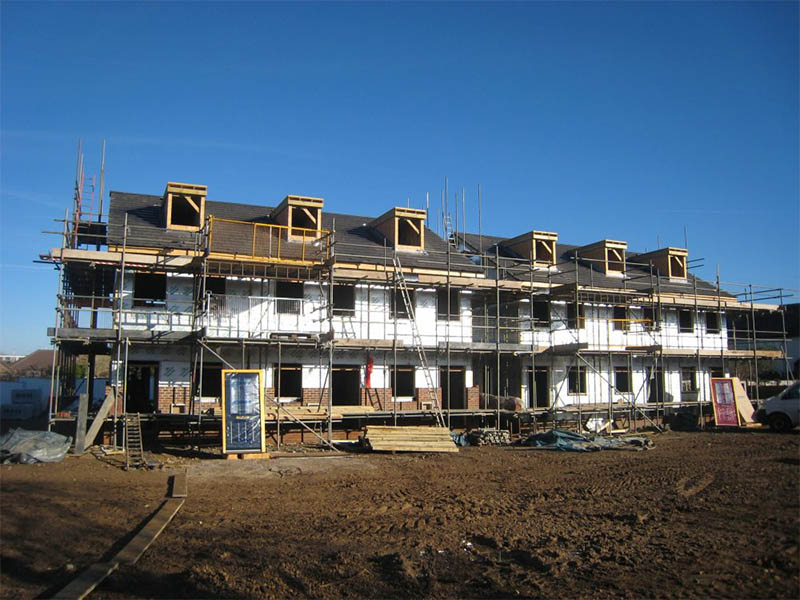 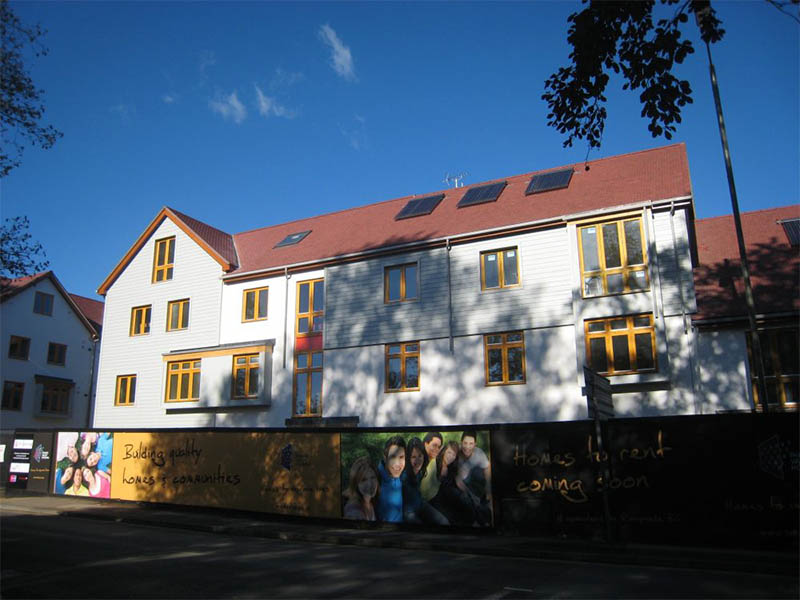 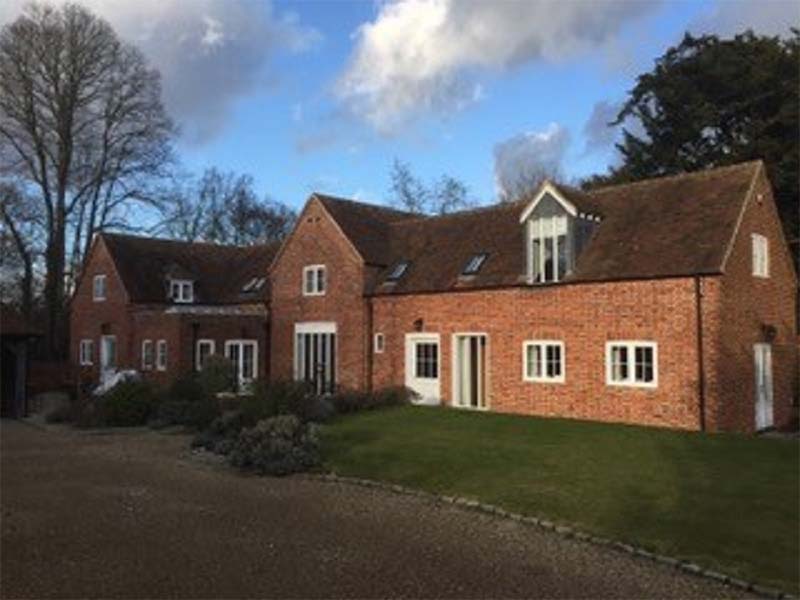 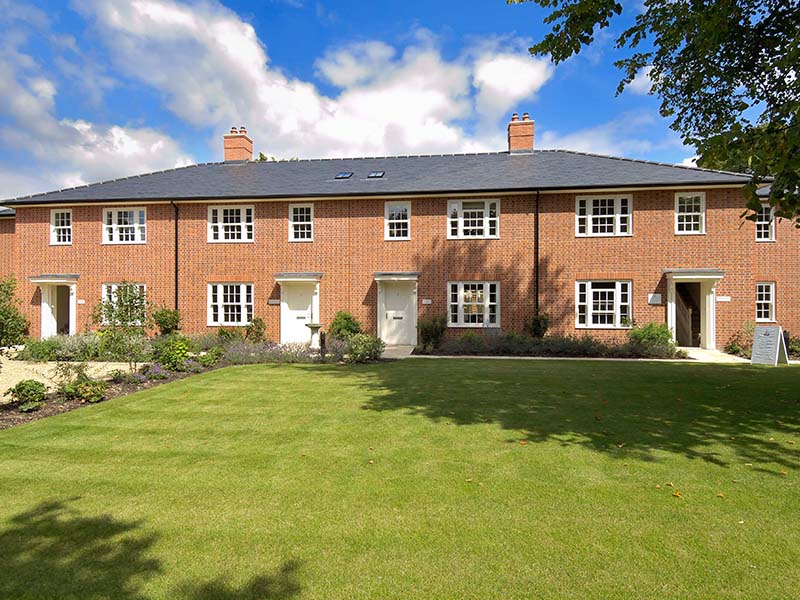 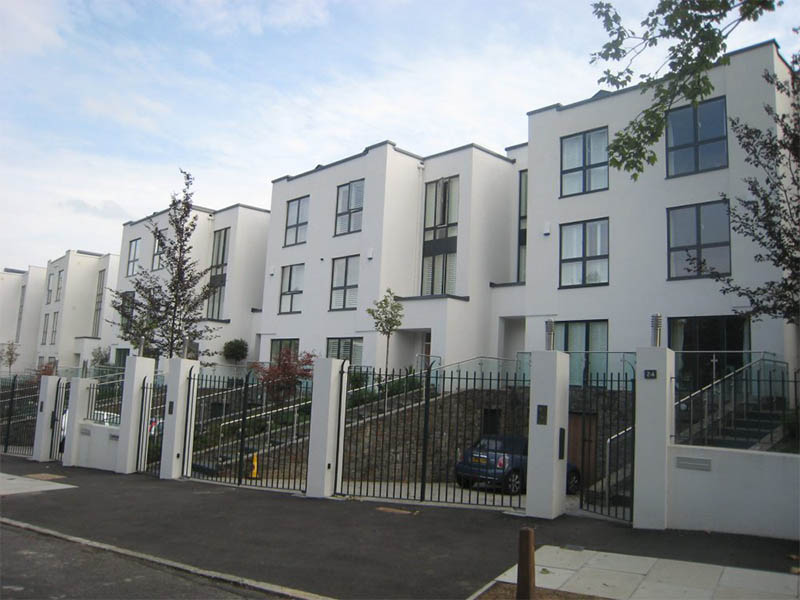 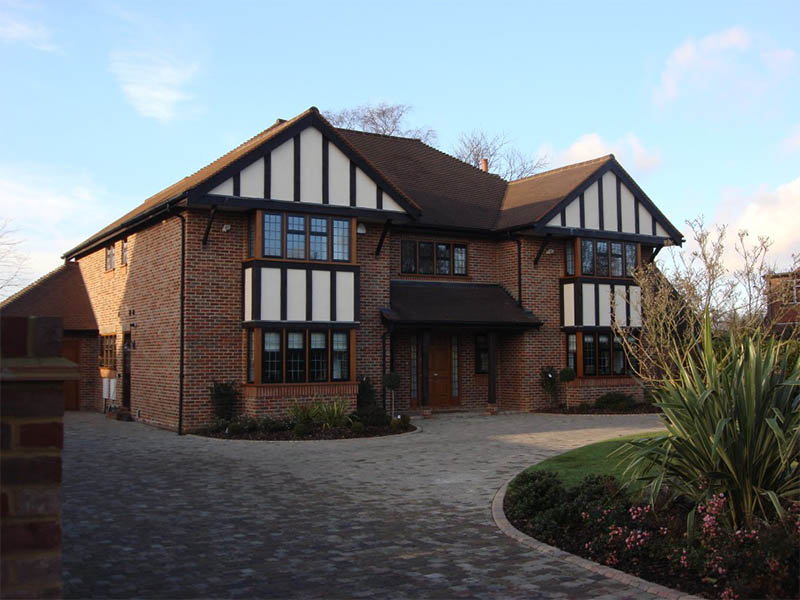 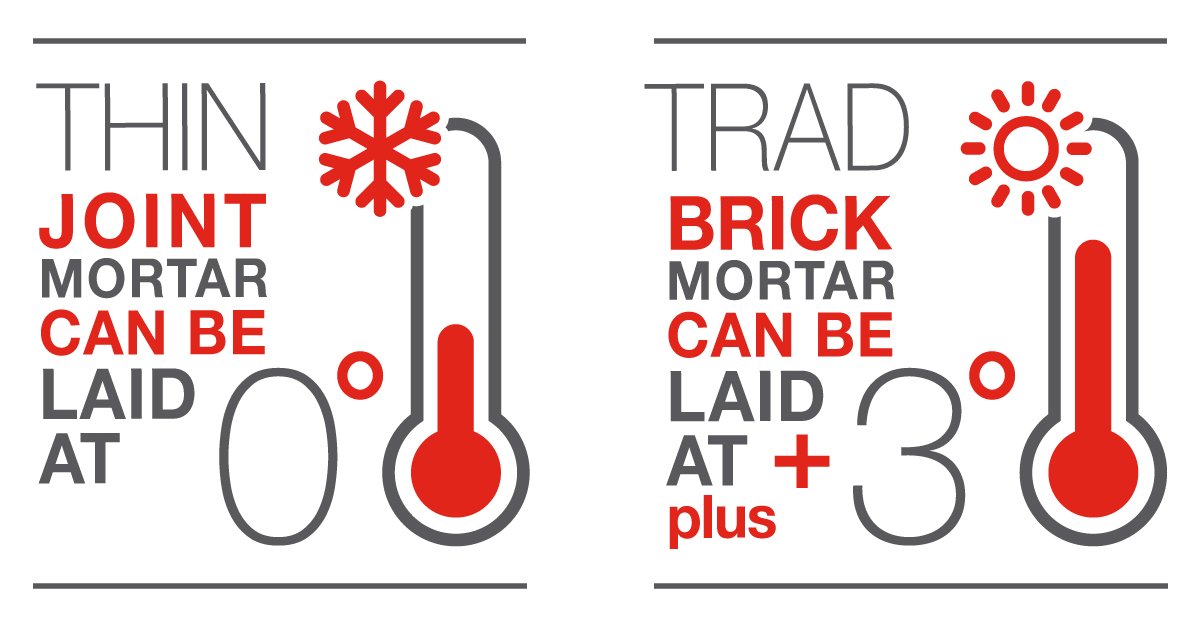 Thin joint mortar can be laid in freezing conditions, minimising construction delays in the colder months. 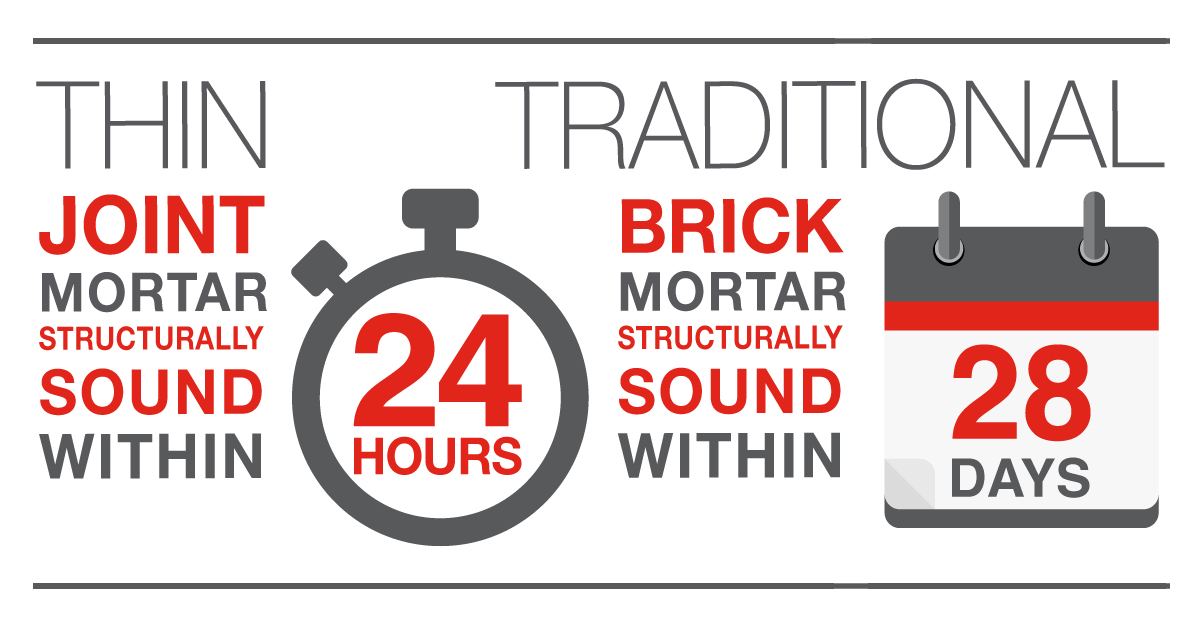 Thin joint mortar is fully load bearing in 24hours, whereas traditional brick mortar can take up to 28 days before it is completely structurally sound. 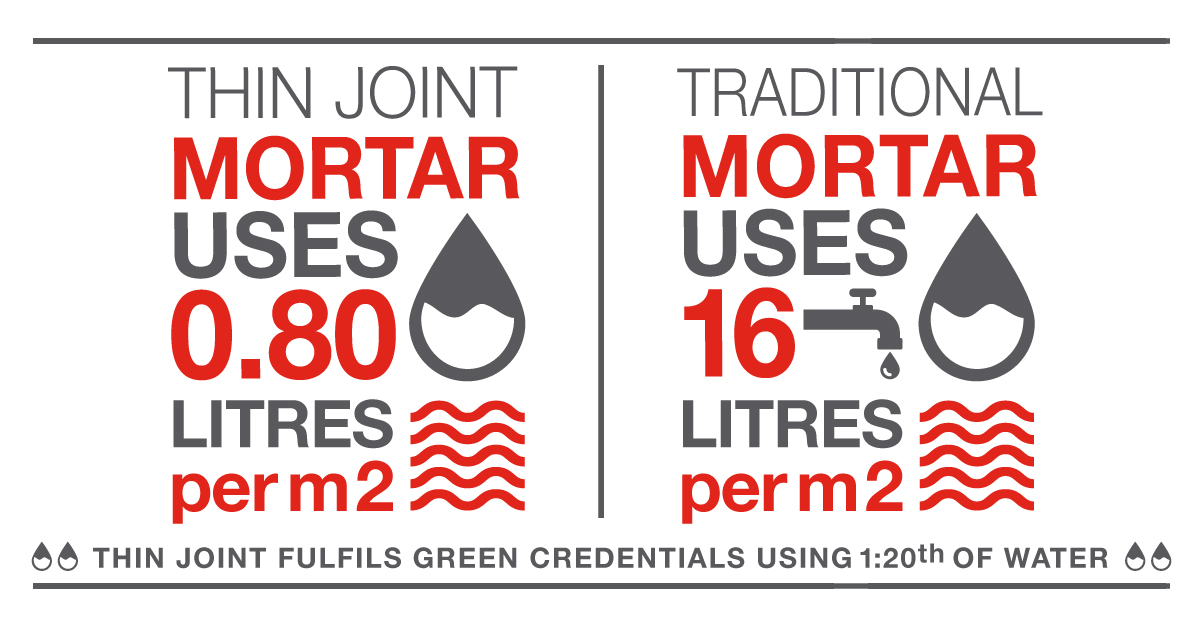 Thin joint mortar uses much less than a litre of water per square metre. A massive saving in water consumption compared to traditional mortar, which uses 16 litres.

Find out how the MFS i-Form Solution™ could save time, labour & money on your next construction project, please get in touch.

Book a CPD presentation for your team.